The TUC Library is the major research library for the study of all aspects of trade unions, collective bargaining and labour history, with both historical and contemporary coverage. The emphasis is on Britain, but many other countries are represented, especially Europe and the Commonwealth.

The core areas of the collection are the publications of the TUC since its foundation in 1868, reference and historical works on the labour and trade union movement, union publications from the UK and overseas, and documents relating to working conditions and industrial relations in various industries. The collections also contain material collected from the wide-ranging campaigns and policy areas in which the TUC has been involved over the course of its history, including social policy areas such as health, housing, education, unemployment and social security.

A major strength of the Library are the large holdings of pamphlets from unions, pressure groups and campaign movements, collected from the 19th century onwards, which have survived here as in few other comparable libraries. Important research collections cover:- union activities, international affairs, labour biography, women workers, strikes, Labour Party and Communist Party.

You can find many examples of the contents of the TUC Library on the University catalogue.

The collections also contain various archive deposits, including the records of the Workers' Educational Association, the Labour Research Department and the personal papers of Gertrude Tuckwell (1861-1951) and Marjorie Nicholson (1914-1997). For more information see the Archives section below.

History of the Library

The TUC Library was established in 1922 and was based on the integrated collections of the TUC Parliamentary Committee, the Labour Party Information Bureau, and the Women’s Trade Union League. It was run as a joint library with the Labour Party until the TUC moved to Congress House in 1956. The collection was developed for the use of the TUC and affiliated unions, but its specialisation has led to its parallel development as a major research library in the social sciences. In September 1996, the Collections moved to their new home in the London Metropolitan University Holloway Road library.

Outline descriptions of many of our archive holdings are available on the Archives Hub website and the AIM 25 Archives in London. Contact the TUC Collections for a full list.

Catalogues of the major deposits are searchable online via the following downloads:

There are a number of special format collections. Please note that these are developing collections and the lists below are updated as required.

Copyright Notice: The images in the TUC Image Library remain the property of the Creators and as such come under Copyright law. Any redistribution or reproduction of part or all of the contents is forbidden without the express permission of the said Creators and Copyright holders. For permission requests, contact us at specialcollections@londonmet.ac.uk

The TUC Library has produced a number of exhibitions in recent years and has more in the pipeline. These consist of lightweight A2 sized (42 x 59.4cm portrait) boards that can be easily posted to anyone planning an event. Contact j.howarth@londonmet.ac.uk for details. The cost of postage must be covered for the out and return journeys or appropriate transport arranged. 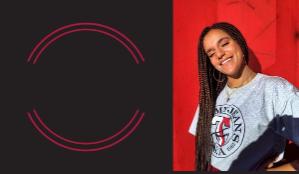