History of the Wash Houses buildings

Following the 1846 Baths and Washhouses Act, the 1840s saw a number of washhouses being constructed. This meant that in many locations people gained access to facilities to wash themselves and their laundry.

The Wash Houses building in Old Castle Street E1 housed the first public baths in London – The Whitechapel Public Baths. The Prince Consort (Prince Albert) laid the foundation stone and it was opened in 1847.

The Whitechapel Public Baths was a pioneering facility designed by Price Pritchard Baly. The construction, utilitarian and designed to be fireproof, combined brown brick walls with an iron roof.

Most of the building was demolished in 1989 and the site including the original Old Castle Street washhouse façade was reused in 2001 to build the Women’s Library. The Women’s Library is considered Britain’s main library and museum resource on women and the women’s movement, with particularly good collections and coverage of Britain in the 19th and 20th centuries. The collection itself dates back to the mid-1920s. In 2013 the Women’s Library transferred to the London School of Economics and the historic Victorian building has since been transformed into a contemporary event space with traditional features. The main hall floor’s stone outline shows the original location of its sunken bath.

The historic East End landmark houses the University’s Special Collections and a purpose-built Reading Room for accessing the collections and archives as well as being used as a teaching and event space.

The main hall and two rooms display many of the chairs from the Frederick Parker Collection. The Reading Room houses material from the Archive of the Irish in Britain, the TUC Library Collections, and a collection of artists’ books among others. 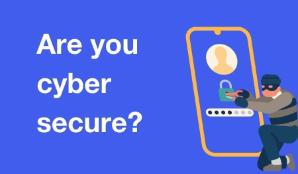 Are you cyber secure? Read the latest updates in your student newsletter