History of our Special Collections

The building in which the Special Collections are held was constructed for the National Women's Library collections – then hosted by London Guildhall University – in 1999. Designed by architects Wright & Wright, it is known as the Wash Houses – in recognition of one of London earliest public baths which opened on the same site in 1846 – and is situated in the heart of Aldgate, bordering both the City of London and the historic East End. It is adjacent to the University's Aldgate Campus which now houses the CASS School of Art, Architecture and Design (named after Sir John Cass (1661-1718), a notable merchant, politician and philanthropist) and the University's Aldgate Library.

With the relocation of the Women's Library collections in 2012 came the opportunity for London Metropolitan University to consolidate, for the first time, its various Special Collections and to accommodate them under one roof within purpose-built, environmentally-controlled conditions.

Check out the latest from the University. 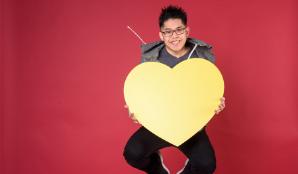 All the information you need!